A small group of visionaries created a startup called EyeLife with a single goal in mind. We would bring ultrasound imaging to a broader medical audience by simplifying the user interface and significantly lowering the price. Fast forward to 2018 and the first stage in our vision is about to come true. We are now Biim (pronounced Beam). We launched our first product and app in March 2018 in USA and are preparing for European launch in the end of 2018.

The future of healthcare is smaller, faster and more accessible.  The ready availability of standard mobile hardware such as tablets and smartphones by front line medical care providers is a revolution in medical care. Today smartphones and tablets are capable of being used for much more than just entertainment. For the medical world, this means easy, low cost access to a wider variety of decision-making tools than ever before.

One of our design principles is to support the shift in healthcare technology to flexible platforms and broader collaboration. This is why we built our technology to support a flexible and scalable wireless app-based platform. Biim will offer feature-rich ultrasound scanning hardware and software that matches the simplicity and ease of use expected by any standard tablet users. The Biim probe connects easily with WiFi to a tablet to generate quality images.

We will offer a high quality, ultraportable, cordless and easy to use ultrasound imaging system that is affordable and attractive for medical frontline applications. This powerful combination is attractive to both established and emerging user groups, with the potential to make the ultrasound scanner the new visual stethoscope - and much more.

Tablet-linked ultrasound scanning is becoming an established practice. It will act as the foundation for a virtual medical dashboard for tablet-based devices.

Biim is headquartered in Narvik, Norway, and has operations in Norway, Finland and the USA. We chose to build a company with a deep presence in both Europe and the USA, which represent the largest potential markets for our products. Our unit in Oulu, Finland is responsible for developing applications (apps) and software, while the units in Narvik, Norway, Boca Raton and Seattle, USA are responsible for hardware development, regulatory, production and distribution.

Biim is mainly owned by private investors from Norway and the U.S.A, employees as well as an institutional investor.

As of January 2018, Biim has raised approximately $12 million in funding. This has allowed the company to complete the necessary development processes prior to seeking FDA clearance and CE mark.

Founder/ CEO and Board member 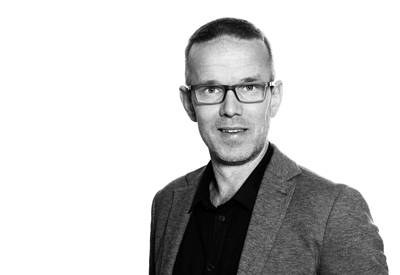 Acting CFO/ Chairman of the Board of Directors

B.Sc. in Entrepreneurship and Business from BI, Norwegian Business School, Oslo. Involved in many start-ups, either as entrepreneur or seed investor, in both Norway and the US. Investment portfolio includes real estate, ITC and medical/pharmaceutics.

B.A. International Marketing, Norway/France. More than 20 years of experience in international business development including technology start-ups and introduction of new products and services to the global market in various industries. 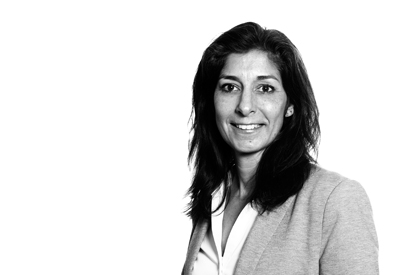 Chairman of the Board of Directors

B.Sc. in Entrepreneurship and Business from BI, Norwegian Business School, Oslo. Involved in many start-ups, either as entrepreneur or seed investor, in both Norway and the US. Investment portfolio includes real estate, ITC and medical/pharmaceutics.

Bachelor of Science from University of Minnesota, Sr. VP of Operation at Torax Medical Inc. Former R&D Executive at Boston Scientific Corp. with more than 25 years of managing complex medical product development programs, launch of over 100 medical devices and international business experience from USA and countries throughout Europe.

From an idea to a company:

August 2014: Brian Scovil (ex-Boston Scientific executive) appointed as Chairman of the Board of Directors

The first prototype and growth:

February 2015: First wireless prototype demonstrated with an ultrasound image on a tablet

July 2016: Jens U. Quistgaard is appointed Member of the Board and the Seattle product development group is established

Name change and a new brand:

October 2017: Biim Ultrasound receives a 510(k) clearance from FDA for the Biim linear probe and the Biim app.

March 2018: Launch of the first product in USA

We are in an exciting moment in medtech. New developments are making it possible for ultrasound to transform how medical care is provided.
Want to be part of the vision?
Biim has a vision of how this can be done, and is leading the way with medical ultrasound imaging products based on our patented technologies. We have great plans for the future. We are on the way!
Biim is a unique Nordic medical ultrasound technology company, with a global outlook. Our headquarters and most of our marketing team are in Narvik, in the arctic region of Norway. We develop our software in Oulu, one of Finland’s leading software development hubs. Our product development and some of our commercial team are based in Fort Lauderdale and Seattle, USA.
You may be our next colleague
To turn our vision into reality, we need brilliant people with a challenger attitude. If you’d like to lead the way in transforming frontline medical care with ultrasound innovations, please contact us.
Send us your application

Interested in joining Biim, but can't find a specific job opening that suits you?  Please get in touch and send us your open application.